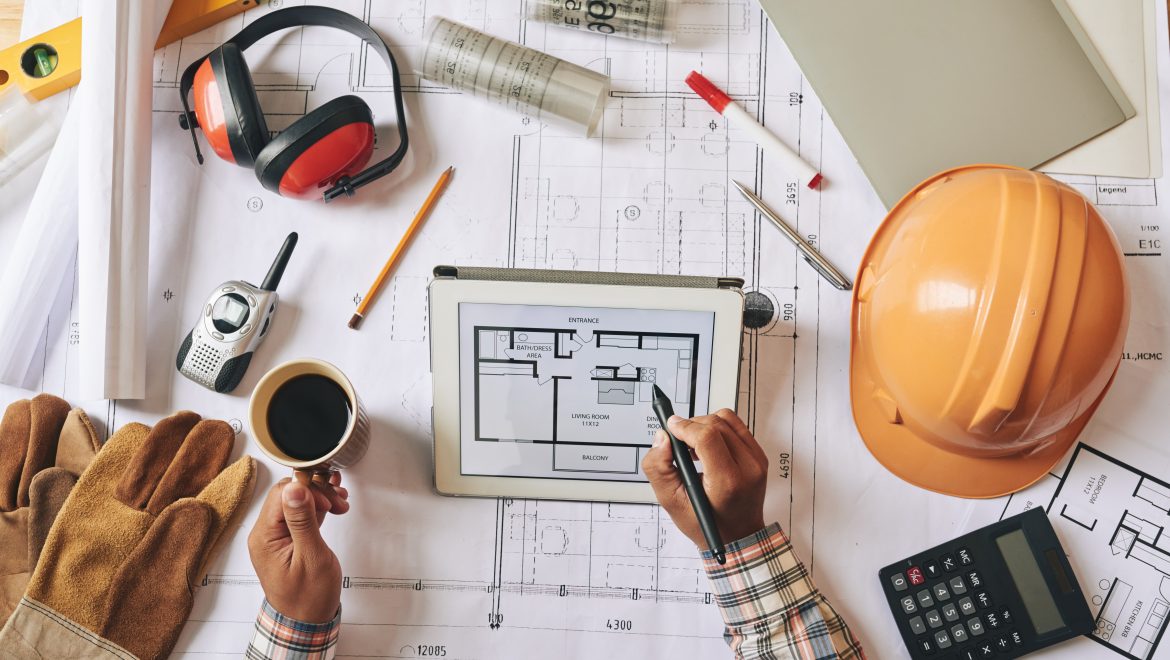 No matter what type of construction project, consulting with a general contractor during the design phase allows for a more efficient and affordable design experience. Because most general contractors have worked on many different types of construction projects during their careers, they’re able to spot potential missteps that could throw the project off schedule or exceed the budget. From the site’s soil quality to potential flood or wind zones, having that expert insight can improve a project’s successful completion rate.

It’s usually not practical to put in all of a project’s potential design phase ideas without first seriously considering the budget. After all, materials aren’t cheap and are seemingly more expensive every day. In fact, the average cost of commercial construction is up 20% since 2021. Beginning the design phase by consulting with a general contractor can not only help you achieve the perfect building design but also cut costs in overlooked areas without sacrificing the building’s resilience or visual appeal.

Think of the general contractor as a great chess player; They’re thinking of the project’s implementation well before ground is ever broken, including the best team structures, safety procedures, and what sort of ongoing maintenance your project will require once it’s over. And this is usually before the design phase is even complete. If and when a design change happens, they’re also considering how to include those changes while keeping the entire project running smoothly. By thinking several ‘moves’ ahead, they’re hyper-aware of the end result — successful project completion on time and within the budget.

Continuing with our cost-saving benefits of entering the design phase with a general contractor, efficient design principles from years of experience will allow the building to look and perform as intended while not wasting budget resources on unnecessary aspects.

For example, consider the Aon Center in Chicago. The original construction began in 1970, was completed in 1973 at the cost of $120,000,000, and currently sits as the fourth tallest building in the city. This building was unique in that the entirety of the building’s surface was covered in Italian Carrara marble. Due to a lack of understanding by the designers of how the material would handle the harsh windy conditions of Chicago, the marble began to crack and bow all over the building, with one piece detaching and crashing onto a nearby rooftop.

This design choice would result in an $80,000,000 cost to replace all of the marble panels with a more practical granite.

No one wants to be the new Aon Center, at least from the construction failure standpoint. That’s why it’s so important to have a results-minded general contractor during the design phase. Being experienced with the actual construction process will greatly reduce the potential for mistakes or misappropriation of the construction budget.

If a client has a $1,000,000 budget to construct a professional services building, the same building could come out of the design phase as a $2,500,000 project, both with the same footage. Because the costs of materials can vary so much, everything needs to be considered when drawing up the schematics.

And we assure you, that “construction guy” has handled more exotic and common materials than you might believe.

In the end, the client (and banks, if financed) will know their budget better than anyone. Beginning the design phase with a general contractor allows for huge upsides regarding budget and design consistency. Government builds, for example, may have predesigned plans well before any construction crew is contacted. Likewise, it’s very common for private projects to have plans already created. And while some plans work out flawlessly, it’s very rare since actual terrain, job sites, and fluctuating costs in materials tend to vary the output of a project, even if only in less noticeable ways.

Trusting the general contractor on a construction project to give value-based and budget-minded advice is almost always the best choice for a smooth and hiccup-free build.

Still deciding which construction management company to go with?